The past week has been crazy.  All of the crew except the GPR people and Dennis O’Rourke are here.  We’ve gotten all of the training out of the way except for ATV driving.  We spent a while on Thursday afternoon as scheduled, but the logistics provider still didn’t have all the ATVs (or even know what they would be) so we weren’t able to make sure everyone knew how to ride what they’d be driving.  Since they may be renting a bunch of manual shift models (and a number of people have never driven anything with a manual shift), it seemed safest to let people learn that before taking them off-road, so the start for the field will be delayed :-(.

We have all the gear piled in the Theater, where we’ll be staging, except for the electronics.  They are still in the lab, where they are being charged.  Laura and a rotating crew person will get them and bring them to the Theater each morning, and return them for recharging at the end of the day.  We also have a generator, but we’d really rather not run it.

On Friday, I had to do a survey of a very small area where a surface current radar is being installed on Point Barrow.  We went out a while ago and picked some spots, and after calculations back at the lab, Hank Statscewich picked a spot.  I was supposed to meet up with the logistics providers out there, to show them where the tent was to go, but alas, something came up.  I ran into one of them at the gas station while getting gas for the 4-wheeler (turned out to be more complex than expected because I filled my 5 gallon can only to find out it leaked and had to run next door to the NAPA to buy 2 new 2.5 cans to transfer the gas into), and we arranged to go the next morning.  I did the survey and went home.  The weather alternated between spooky fog and quite nice.

The next day I met up with the logistics providers and headed back to the Point for what was supposed to be a 2-hour activity.  I was just going to show them where the tents should go and head back in, but it became clear that might not be the best plan.  I made it home 7 hours later.  The tents are all up and in place.  There are a few issues, mostly relating to them not having actually set up the whole tent prior to shipping, but they were going out today to fix most of them, so we hope to find things in working order tomorrow…  At least the weather was nice except when it rained a little bit.

Since that shot my Saturday, I spent most of yesterday and today finishing various things that clients need before I get out of the field and dealing with various work-related issues.  As a result, I missed almost all of the 4th of July festivities.  We did get in for the start of the “marathon” in which crew member Emily Button was running, and the Pretty Baby contest, but Glenn hadn’t really dressed for the weather and the wind & drizzle picked up, so we left and I don’t know how either event came out!  Maggie Rose Solomon won Miss Top of the World (thanks to DoeDoe for posting that on FB ). 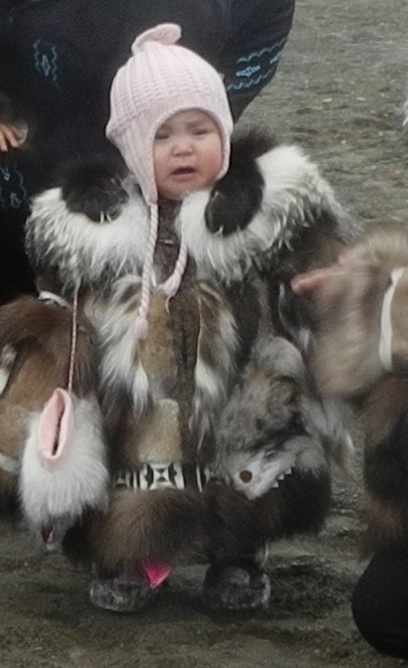 This work by Anne M. Jensen is licensed under a Creative Commons Attribution-ShareAlike 4.0 International License.